A downloadable game for Windows and Linux

Get ready for dangers. Jake, a clumsy miner who's trapped in a strange cave in seek of diamonds, you have to help him get out of that damn cave filled with deadly spikes and more dangers. The cave has some really weird rumors going around about it, do u think you can find out the reality behind them?? 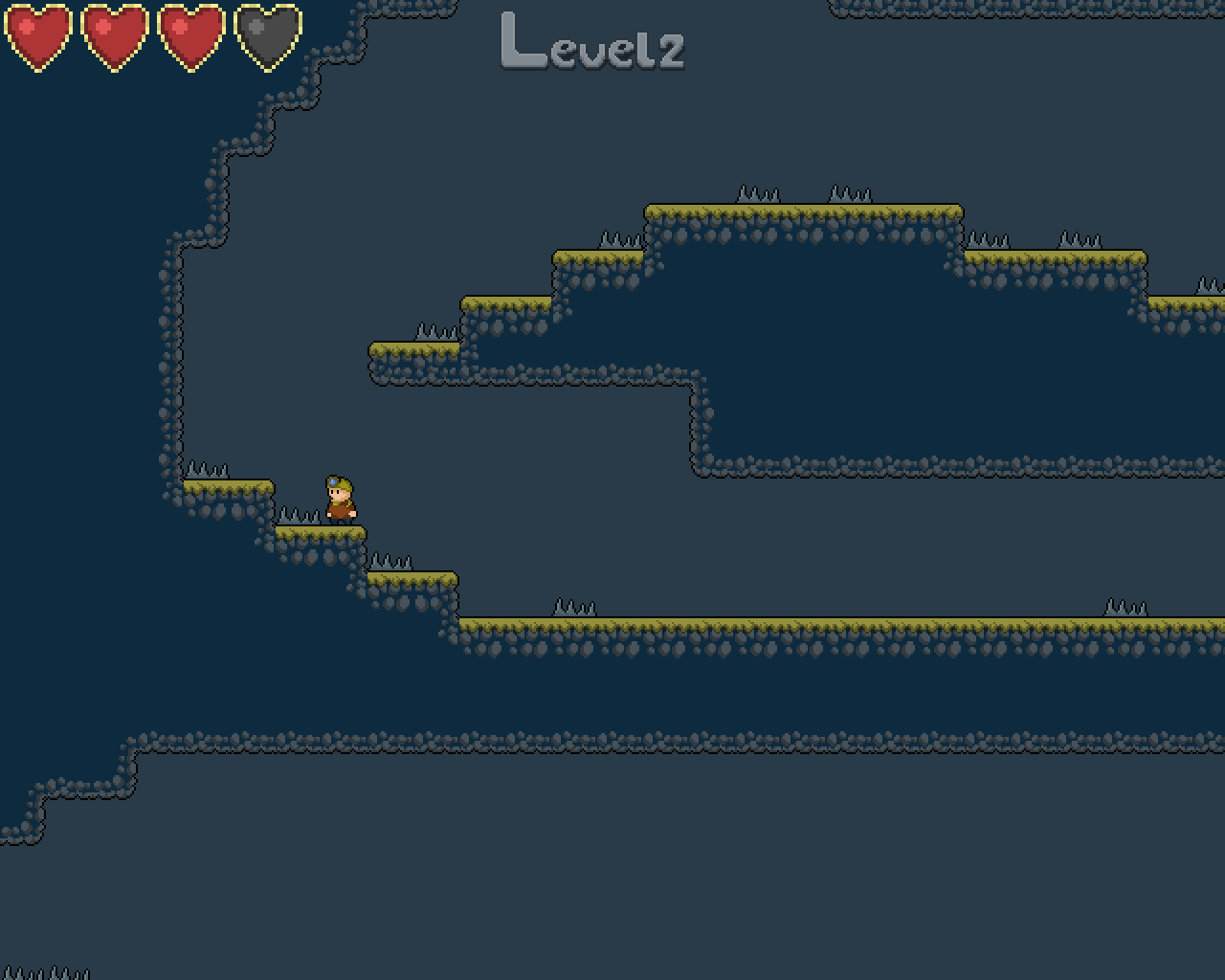 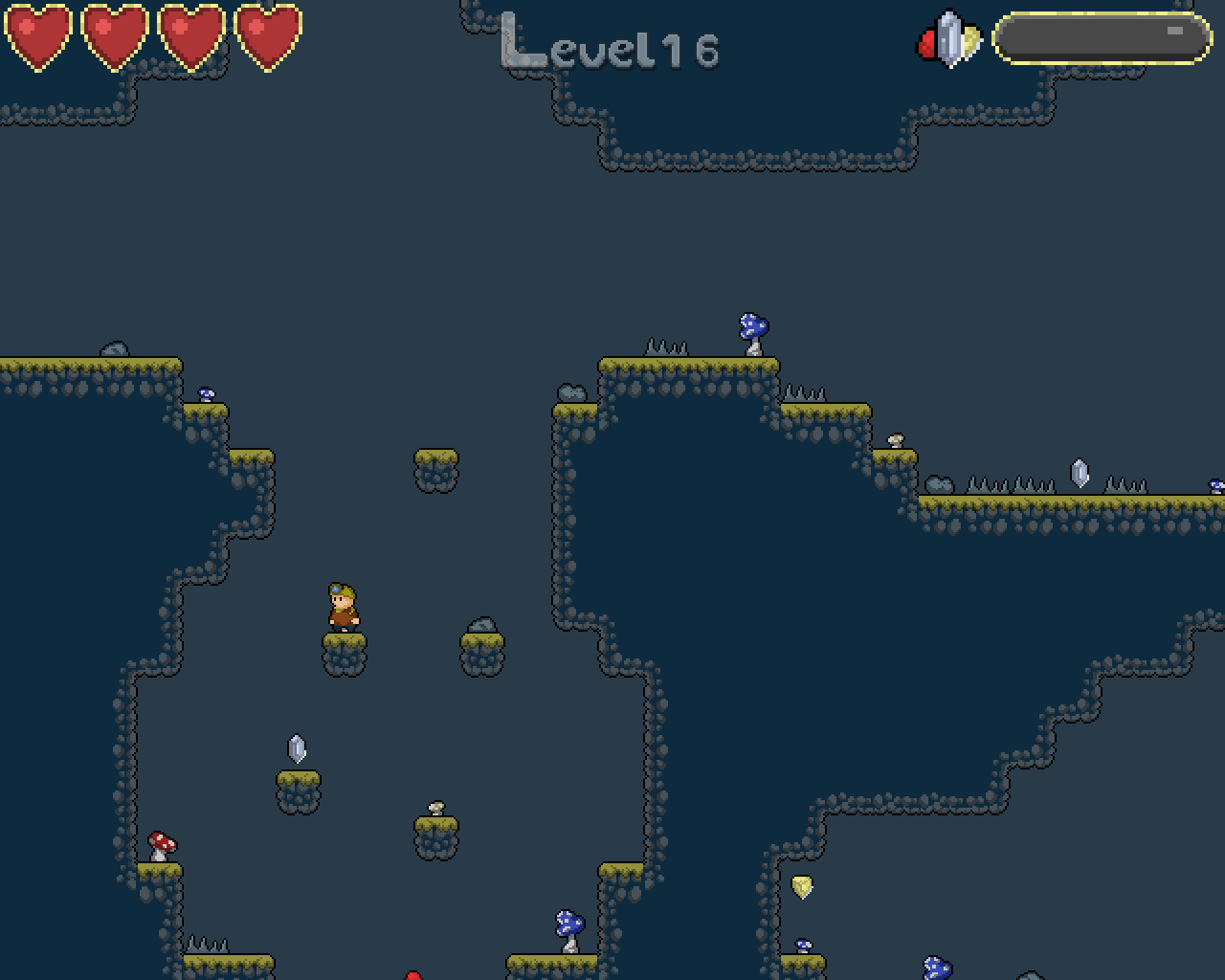 Don't forget to watch out for the explosive mushrooms!! 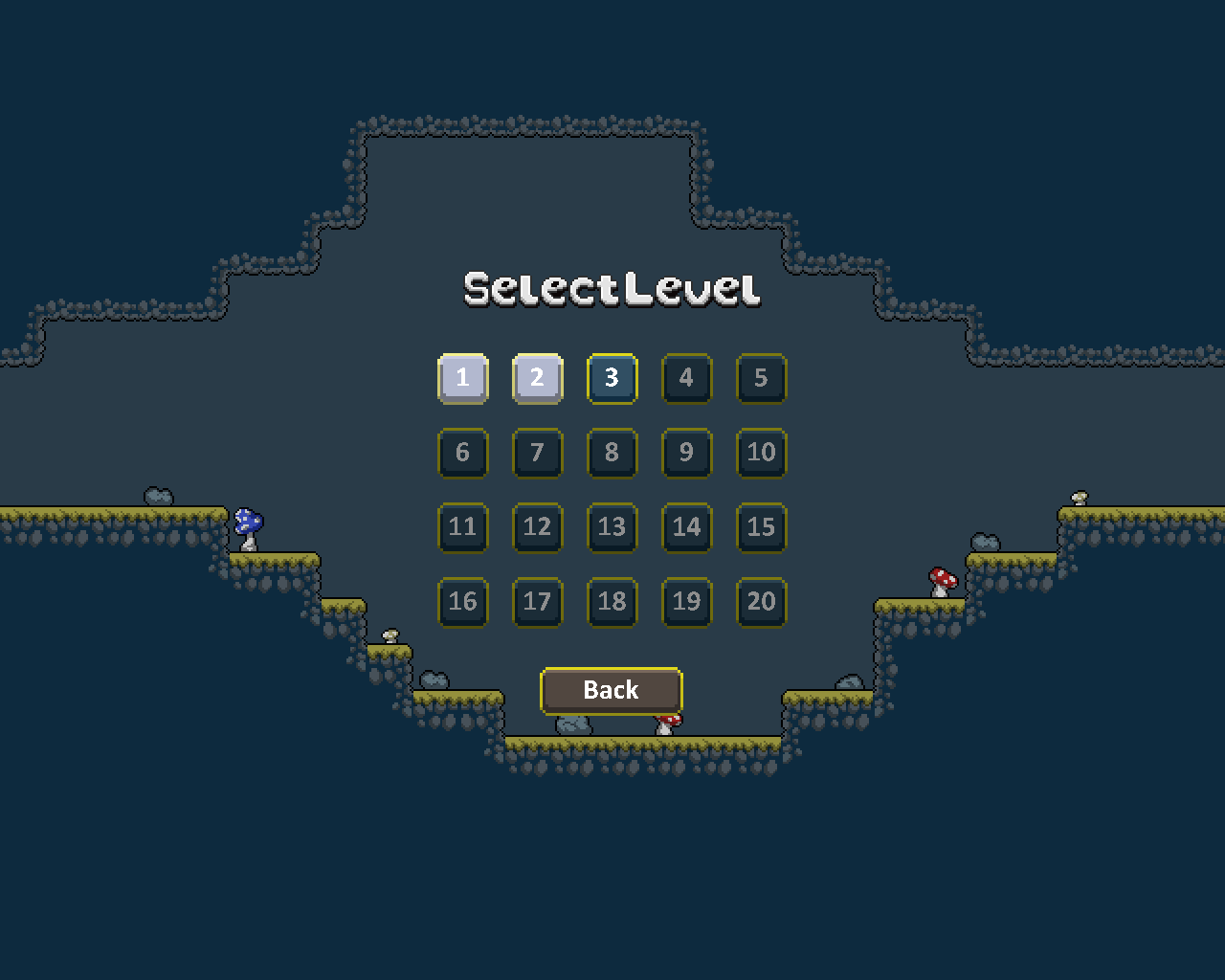 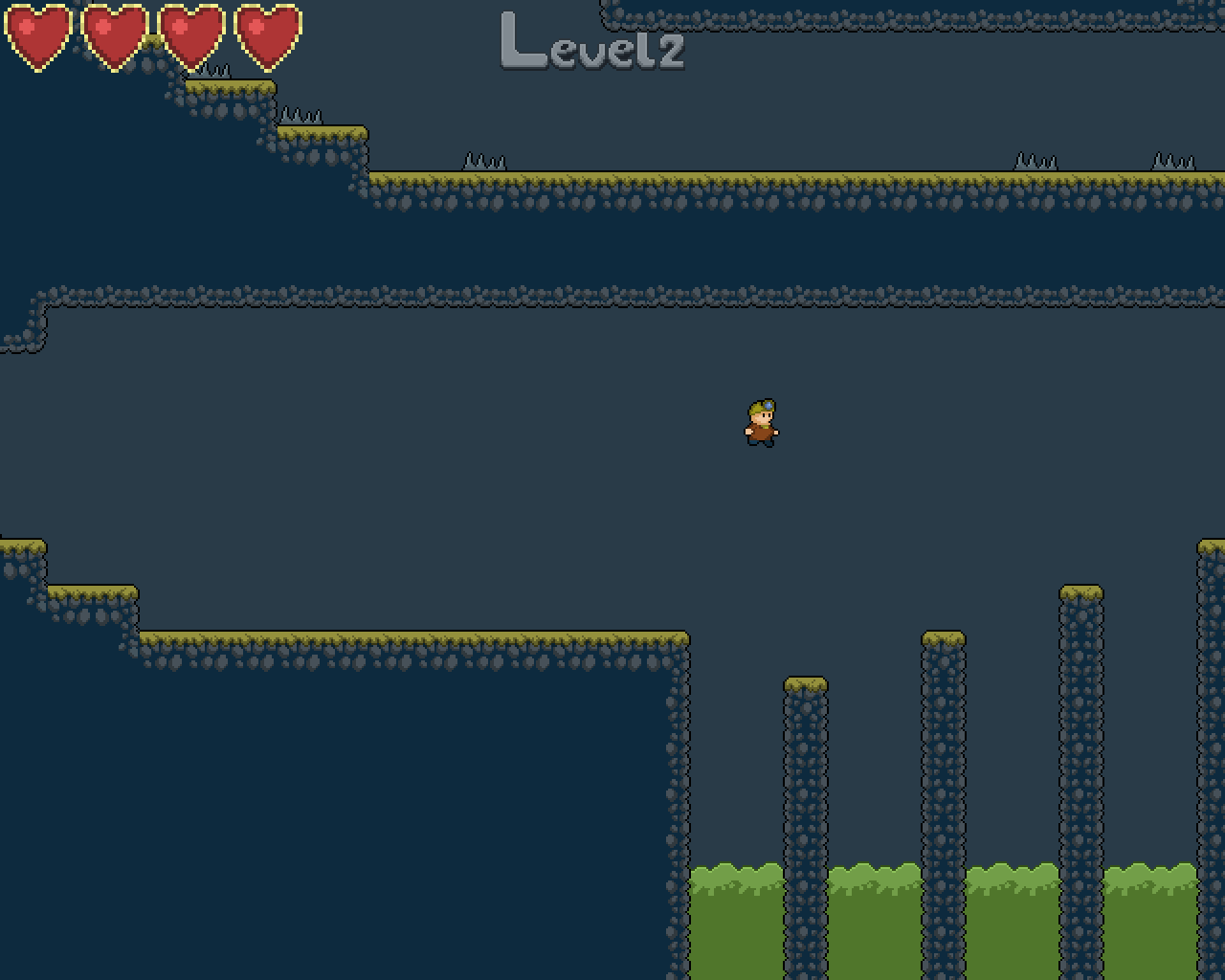 Note:
This is just a prototype. The game has a large scope and is still in development.

What's the wait for? Hurry up and click the download button below to get a ticket to Mars. : )

Such an interesting game. Looking forward to its development.

Its on hold atm, but will return to it soon. Thnx, btw!

Could be a nice game but I honestly struggle with the first few spikes.
like first of you at least fall down twice a hole which you cant see the bottom off. so you have to jump down blind. however at the bottom there is spikes everywhere except one part of the potential landing area. so you basically have to be lucky and/or know where exactly to land. which you wont be at your first playthrough.
so yeah, jumping blind into a spike pit and hoping to randomly land in that one free spot is kind of meh.
on the same note, you obviously have to replay the game since you only have 3 lives.(which in itself aint to my taste but limited lives aint something I will complain about)

however that you basically have to let the same old dialogues play lut at a fixed speed is kind of annoying.
like after dying and restarting twice i couldnt care less about who put those spikes up on the floaty platform, I wanna skip those dialogues and/or not having them pop up again if you have seen them in the previous run.
but since it's probably easier to implement, also have tab used to, instead of the dialogues slowl y appearing letter per letter at a certain speed, when pressing tab have it pop into existence all at once.
another tab and the dialogue box  closes.

so that you can basically skip a wild dialogue box with 2 quick tabs.

then a thing which I havent tested out too much yet:
is it actually possible to jump over the longer spike stretches?
like the ones that are like 3 times wthe width of the character model?
or are they just well precised jumps so if one not well enough, you'll hit barely the left or the right spike?

Aside from that, can be a good game.
cant complain about the music, is fitting, character model and such is good.
simple platformer for now, yet already way better looking than these disgusting unity standard template levels some "new developers" tend to share on flashgame sites and which obviously get like super low ratings since they suck.

this here though is decent.
jumping is okay (just unsure about what is the max jump distance intended)
movement in general is okay, dialogue is good too, music is okay.

Okay, jsut beat it.
nice game, it becomes more interesting once you are past the first level. also the placement of the spikes at the bottom in "leap of faith" kind of situation becomes better.

it's for the most part a bit of guessing though where to go.
go right or down? down the left hole, the right hole or elsewhere?
if you end up in a deadend or an open screen area where no screen transitioning happens, then you are wrong, as there is onl yone exit in eahc level. but where it is is currently guess work.

so yeah, you could use the dead ends and that stuff for something useful, isntead of jsut being obvious signs of "you are in the wrong place, go another way" :-)

cocnerning the fixed jump height length it seems that it is intended to not be able to get past certain spimes undamaged :-)

Thank you for your feedback. I'll fix all this in the next update. JATMC is a large scope game and will bring a lot. Music for this prototype will also be changed with the next update. So, don't worry, there's a lot, coming in future. : )

Thank you for your feedback! I've taken a break from JATMC right now, gonna return to it soon (not that soon xD), and will rework the whole idea of the game, cause' next time when i update the game, i'll you'll see a completely new JATMC.

Nice work :) The art and look is great!

Would be nice to have some SFX when jumping and getting hurt. Simple but cool! Keep up the good work!

Love it! Really nice work! Like the art especially the little mushrooms :) The game reminded me a bit of  La-Mulana.

Thank you very much. Glad to see u liked it :) JATMC has a large scope, so, a lot of cool stuff awaits you.

You have a nice game

Thanks for your feedback. Glad to know u liked it :)

Its a pretty nice game it only allows us to pass a level if we have enough brain....(which i am sure most of us do not have) and a really chalanging game .....It keeps me busy and i like it too

Thank you for your feedback. Glad you liked it :)

The dialogues wordings were good. The selection to the use of tab key was annoying. it took we a while to figure it out most people want to just play without reading docs. The art was good. and the music was mysterious. I felt no objective. i didn't have to collect and just avoiding some thorns was not very entertaining. The controls felt smooth. you can hide the state on top of character. and if not in moving state. don't move a character. i found out that when moving and the dialogues appear and the character keeps moving. overall it was good. But it needs improvement.

These bugs are fixed. You can download the updated file from here again. Thanks for your feedback. And don't worry, i'll implement the keybinds feature soon. I'll also take a close look at music. This is a large-scope game, so it'll definitely bring a lot to the table.

Pretty good dialogue, the controls could use some work though, and no offense, but the music needs an overhaul. Please don't take offense, its just that the quality of life stuff are missing. However the overall experience was pretty good. Looking forward for the full release.

Thank you very much for your feedback. And don't worry, as i have already mentioned that its just a prototype, so the music will be changed in future. I'm aware of some missing basic features, but i'll implement each one of them soon.

Hey! found this on game endeavor and you said to leave feedback. personally, I did not enjoy this game and did not finish it. i found the jumping and controls very blocky and unpolished, the level design personally was unfair and felt bland, and the music I had to mute instantly. i will give you props for having some funny dialogue and nice pixel art but when it comes to actually play the game I found it quite hard. I would suggest putting more time into movement and maybe adding a bit more of a blocky tileset could help. and maybe just hire i sound designer XD sorry if this came out harsh but anyway i hope your future games come out well!

Heya, I feel like your comment was a bit harsh and didn’t give that much constructive criticism, instead just saying “everything’s bad no offense” (exaggerating, but you get it). You didn’t point out how they could fix what you didn’t enjoy, instead just pointing out really general mistakes. And especially the “and maybe just hire a sound designer XD” was a bit too harsh. Why did you mute the music? Why did you think the level design was unfair? Why did you feel the movement was unpolished? Not trying to be mean, just something to keep in mind.

Its ok, but its not my fault that u can't pass the levels, so u can't blame me. Exert more effort to complete the game. It'll become even more harder in the future.

Don't worry. Next time, I won't give you the chance to criticize, lol. 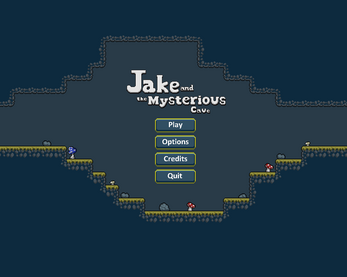 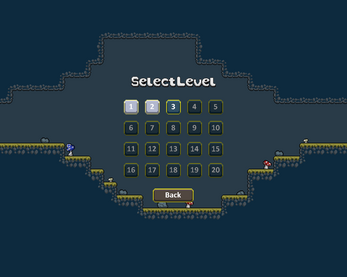 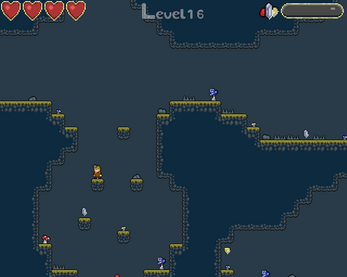